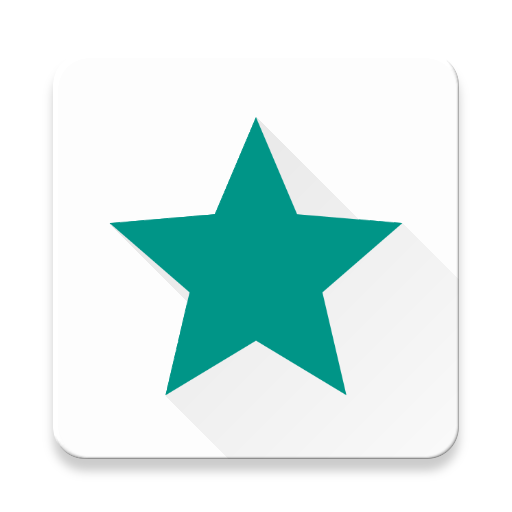 Simply replace your RatingBar with MaterialRatingBar, and remember to apply a corresponding style for correct behavior.

For example, to create a normal MaterialRatingBar:

In order to make your RatingBar take the correct and consistent size on all versions, you will always need to use one of the styles from this library. The trick inside it is android:minHeight and android:maxHeight that controls the drawable height.

You can checkout more small or indicator variants in styles.xml

An OnRatingChangeListener interface is also added to MaterialRatingBar, which enables callback while user is dragging, just as the listener in SeekBar.

For a detailed example, you can refer to the sample app's layout, where you can find examples such as tinting and wide layout.

The framework's RatingBar uses filling stars with grey color as track, however as per the Material Icons site, star border icons are given.

And as for the Google Play Store and Google I/O app, they are both using the star borders as track. 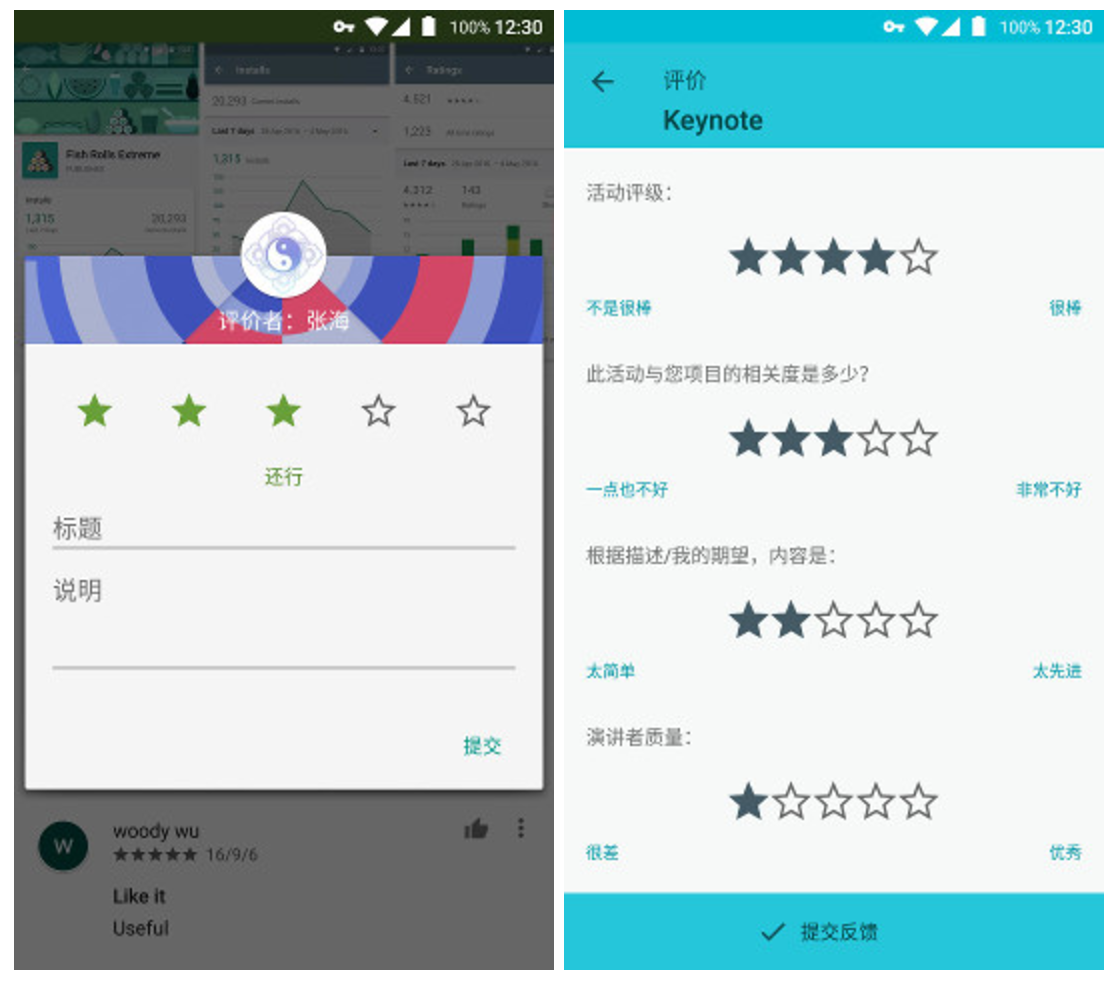 With Google's design practice and aesthetic considerations taken into account, I decided to use the star border style.

Google Play Store has stars of optical size 24dp, while Google I/O app and framework Widget.Material.RatingBar.Indicator have stars of size 36dp (which are of optical size 30dp). (The framework's default size of 64dp is ridiculously large and thus not taken into consideration.)

Also noticing that the Material Icons site gives icons of 24dp (optical 20dp) and 36dp (optical 30dp), I decided to stick to the 36dp approach which is also visually pleasant.

The ring for radio button in Material Design has a width of 2dp, and with experiments on other border widths, I decided to adopt the 2dp border width.

The star border icon is drawn with the help of Inkscape, by downloading the star icon SVG from Material Icons, duplicating the outer border path of the star, setting a stroke of 4dp, running stroke to path on it, extracting the inner border path, and finally combining this path and the original outer border path.

Framework RatingBar gives erroneous rendering for RatingBar when layout_width is set to match_parent by tiling the stars without any gap. Since Google Play Store employed the wide design, I implemented it inside this library as well, so that match_parent will work properly for MaterialRatingBar.

Google Play Store and Google I/O app both used an implementation other than RatingBar, which means dragging on the bar across stars won't work (it is the functionality of SeekBar). I think this is a handy way of interaction for users, and it enables the setting of 0 star which can be useful if you want to enable users to reset their rating to unrated.